What Makes a Good Reader: International Findings from PIRLS 2016

Fifty countries from around the world participated in the PIRLS 2016 international assessment of reading comprehension at the fourth grade, and in every country there was a wide range of reading achievement from basic skills to advanced comprehension. The fourth grade students in the Russian Federation and Singapore had the highest reading achievement on average. These two countries also had more than one-fourth of their students reaching the PIRLS Advanced International Benchmark. Students reaching this level interpreted, integrated, and evaluated story plots and information in relatively complex texts. Hong Kong SAR, Ireland, Finland, Poland, and Northern Ireland also performed very well, with approximately one-fifth of their students reaching the Advanced Benchmark.

In terms of basic reading literacy, it is noteworthy that in more than half of the PIRLS 2016 countries almost all of the students (more than 95 percent) demonstrated fundamental reading skills. These students could locate and reproduce ideas and information from text and make straightforward inferences.

PIRLS countries with both long term and short term gains

There are internationally more good readers than there were 15 years ago. The trends over time since the inception of PIRLS in 2001 show more increases than decreases in achievement. Eleven countries improved over the long term (2001 to 2016) and only 2 declined; 18 improved over the short term (2011 to 2016), compared to 10 declining.

Girls had higher average achievement than boys in 48 of the 50 PIRLS 2016 countries, and boys did not have higher achievement in any countries. The gender gap in reading achievement has favored girls since 2001 and does not appear to be closing.

Across countries, higher reading achievement was related to:

As a matter of some concern, there was a decrease in parents’ positive attitudes toward reading since 2011 in 31 countries, and only 2 countries had an increase. On average in 2016, only 32 percent of the students’ parents liked to read a lot and 17 percent reported they did not like to read.

Good Readers Had an Early Start in Literacy Learning 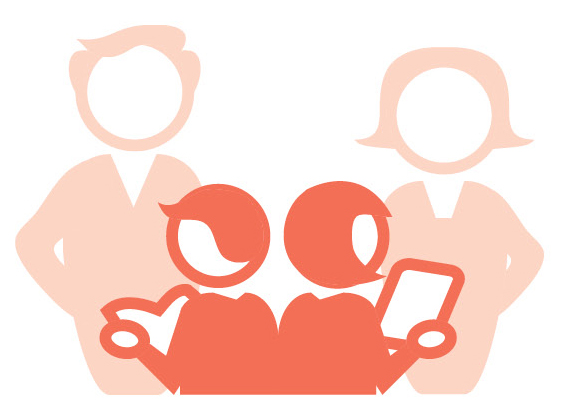 According to their parents—whether through parental encouragement of early literacy learning, attending preprimary education, or both—29 percent of the students were able to perform early literacy tasks very well when they began primary school. These students had higher reading achievement in the fourth grade than their classmates who started school with only moderate literacy skills or few skills. On a positive note, trends showed increases in 16 countries and only 1 decrease compared to 2011 in students’ time spent on early literacy activities.

Across the countries, students had higher reading achievement on average if they attended schools:

Internationally, the majority of fourth grade students were in safe school environments, but those attending schools with a disorderly environment had much lower reading achievement than their counterparts. Results also showed:

Reading Instruction Was a High Priority in Primary Schools Internationally

On average, 27 percent of the available instructional time is devoted to language instruction, and 18 percent is devoted specifically to reading instruction. Also, for the most part, students have well qualified teachers and principals. Reading instruction often involves access to libraries and at least weekly computer-based activities.

Good Readers Attend School Regularly and Are Not Tired or Hungry

Despite the generally positive school climates, according to teachers and students themselves, some students are suffering from a lack of adequate nutrition or sleep and some frequently are absent. For example, 26 percent of the students said they were hungry every day or almost every day and 15 percent said they were absent at least once every two weeks. Students with these attributes had lower reading achievement than their classmates.

The fourth grade students were very positive about reading and their reading instruction. Positive attitudes were associated with higher reading achievement. Considerable research indicates that positive attitudes toward reading and high achievement are related, and in a bidirectional way—that is, better readers may enjoy reading more and, thus, read more often than poorer readers. This can lead to better development of reading comprehension skills and strategies. Results also showed:

PIRLS 2016 included the ePIRLS assessment of online reading for countries where students are familiar with using computers and the Internet to conduct research for school projects. ePIRLS is a computer-based assessment that uses an engaging, simulated Internet environment to present the fourth grade students with authentic school-like assignments involving science and social studies topics. For examples of the ePIRLS tasks, please see Take the ePIRLS Assessment.

Students in the 14 countries who participated in ePIRLS reported a high degree of self-efficacy in computer use, and demonstrated that they were able to navigate to the appropriate webpages, completing the assessment in the allotted time.

The Singaporean fourth grade students had the highest ePIRLS achievement, but all participants proved to be good to excellent readers on ePIRLS. On average, 50 percent of the students reached the High International Benchmark, demonstrating the ability to integrate information across webpages and interactive features and evaluate how graphic elements support content.